Why in the World Would You Fry a Pickle?

Home/Local Restaurant Manchester, Uncategorized/Why in the World Would You Fry a Pickle?
Previous Next

Why in the World Would You Fry a Pickle? 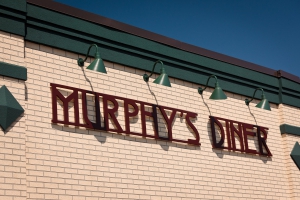 Being located in Manchester, New Hampshire and not seated somewhere in the deep south, we often hear surprise, and a tinge of disgust, when our first-time customers exclaim “Fried pickles?! Who would ever want to eat a fried pickle?”

Where we once stood where these incredulous diners find themselves, we were quickly converted to believers in all-things fried when we first were introduced to the Southern delicacy. Fried pickles are the crunchy, slightly tart, juicy concoction that you didn’t know you were looking for. Since we’ve added them to our lunch and dinner menu, they’ve been growing in popularity and quickly becoming one of our most requested appetizers. Though we almost had to dare customers to give them a try at first, now we can barely keep enough pickles in stock, as we are throwing down a fresh batch of fried pickles all day long. It seems that Manchester finally understands what our neighbors to the South have understood for decades – that fried pickles are surprisingly good.

Initially, fried pickles were actually meant to be just a gimmick to drum up some attention for one small Atkins, Arkansas business. Way back in 1963, Bernell “Fatman” Austin was looking for an idea that would make his Duchess Drive-in stand out and bring in the customers. Located across the highway from the Atkins Pickle Company, Austin quickly realized that the South’s love of fried food would serve the pickle well; leaving him to perfect the breading and fry-time that would create a culinary legend throughout the South.

Now, many areas across the nation offer fried pickles, cut in either chips like coins or spears and usually served with a side dipping sauce. We are big fans of the fried spears ourselves and invite you to come enjoy them along with us at Murphy’s Diner on Elm Street.

About the Author: WebMaster